From Packed Stadiums to the Operating Room

We don't have to change our life overnight. Instead, we can make small changes that leave a lasting and transformative impact on our ourselves and others. 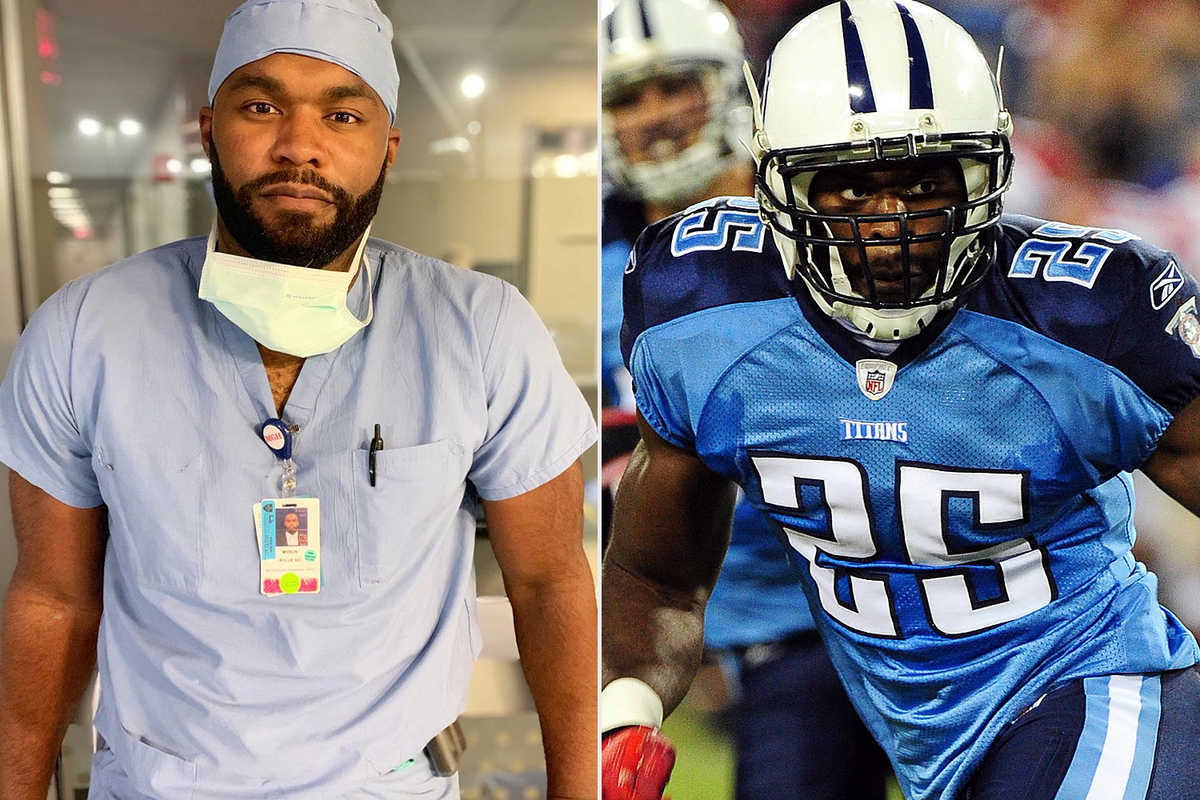 Some may remember him as a Florida State All-American, a Rhodes Scholar and an NFL defensive back.

But these days, Dr. Myron L. Rolle has traded a blue Tennessee Titans jersey for blue scrubs — working as a neurosurgery resident and global neurosurgery fellow at Harvard and Massachusetts General Hospital.

In 2012, Dr. Rolle was at a major crossroads in his life, deciding whether to continue his NFL dream or follow his medical passion. In the middle of this deep reflection, he received a phone call from his dad that would change his life forever.

Rolle's aunt, the pillar of his Bahamian family, had passed away after being hit by a car on the Caribbean islands. She had to wait seven hours for her head trauma to be evaluated by a neurosurgeon. Amidst this sudden and immeasurable tragedy, Dr. Rolle decided to walk away from the same game that had molded his life with a purpose-driven conviction to fix a system and solve the medical crisis in the Caribbean that cost his aunt her life.

In his inspiring first book, "The 2% Way: How a Philosophy of Small Improvements Took Me to Oxford, the NFL, and Neurosurgery," set to be released next week, Dr. Rolle details the adversity he had to overcome and the expectations he defied to ultimately cultivate a life of meaning and purpose.

Dr. Rolle reminds us that we don't have to change our life overnight. Instead, we can make small changes that leave a lasting and transformative impact on ourselves and others.

We can learn a lot by studying Dr. Rolle's journey thus far. His story is a testament to the power of preparation and the ability to seize opportunities when presented. He has reached this point without ever compromising his work ethic, faith or the values he's lived and led by.

As we think about our own self-discovery and learning journeys, we realize Dr. Rolle's life is one of living uncommonly and challenging the status quo with grace. The world always wanted Myron Rolle to be the football player or the scholar, and society had difficulty comprehending how these two could coexist.

But Dr. Myron L. Rolle believed in himself and has transformed his own identity. He understood that living in a box to make others feel comfortable was not truly living and was instead neglecting the precious gift of life.

When reminiscing on the road from packed stadiums to the operating room, Dr. Rolle said:

"I've been given so many opportunities because of football. Football has never left me. I still wake up in the morning and think of the operating room as a game. Like it's showtime, like let's perform. I gotta do what I gotta do because people are counting on us right now. This is our time to help very sick people, and so that motivation continues to drive me every single day."

Each of us has dreams and a voice that we can use to champion change and positively impact another life today. Dr. Rolle's story captures the profound beauty of not limiting our imagination and suppressing our dreams. The journey becomes about the small steps that ultimately lead to giant milestones and breakthroughs.

“Shape your identity and carve your own path in life,” Dr. Rolle said. "Your faith keeps you grounded, no matter the challenge."

Email us at [email protected]

A daily hands-on approach to becoming a better leader. With the help of some unique wisdom as well as an action plan to tackle your day, The Daily Coach aims to be an inspiration in your email inbox each morning. Leading first starts with leading yourself, so whether you're an executive, teacher, or parent... Everyone is a coach.